Since Judas Priest passed Winnipeg in 2011 on their Epitaph tour, five local musicians teamed up and formed a Judas Priest cover band. I had the honor of making stage decorations, singing backup vocals, and making the poster for the event!

Songs that we covered included Turbo Lover, Starbreaker, Diamonds and Rust, and Metal Gods. It was my first time performing with a heavy metal band, and hopefully it won’t be the last!

In 2013, I promoted my first metal show at The Zoo in Osborne Village along with Cory Thomas of Ninjacat Productions.

Even though we used Facebook ads to promote the event and put up posters around the city, the attendance wasn’t that great. Winnipeg doesn’t seem to have too many black metal fans. Either that, or everyone got too stoned to leave their house that day. 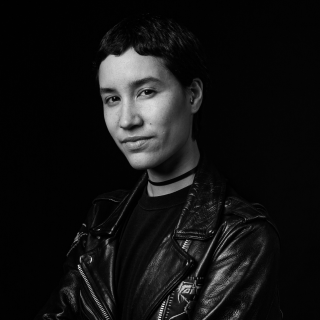